Is ED in diabetic subjects corrigible by therapy with drugs like tadalafil? 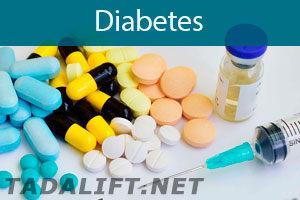 The answer is positive today, at least in the vast majority of cases. However, in the case of erectile dysfunction, as with other complications of diabetes, prevention is easier to follow than therapy. Therefore: early diagnosis, timely therapy, optimal control of blood glucose until near-normalization and elimination of any other associated risk factor to prevent the appearance of microangiopathy and therefore of erectile dysfunction should be introduced.

In the clinical studies performed so far, sildenafil, vardenafil and tadalafil have all been shown to be effective in inducing a significant improvement in erection in about 80% of cases. A lower success rate of around 60% can be expected in a diabetic population. An important recent study also reported that vardenafil was considered effective by 72% of interviewed diabetics. Sildenafil is marketed with dosages of 25-50-100 mg, vardenafil with dosages of 5-10-20 mg and, finally, tadalafil with dosages of 10-20 mg. The trusted doctor will indicate the most appropriate drugs and dosages.

Are there any unwanted side effects attributable to phosphodiesterase inhibitors?

The side effects attributable to these drugs are predominantly mild to moderate and dose-dependent, and only rarely have they led to treatment interruption.

A possible but not typical collateral effect concerns an anomaly of the vision, of the colors in the blue region, with defect of blue-green discrimination. This effect, which is in itself harmless, particularly seen with sildenafil, can be attributed to the stimulation of phosphodiesterase-6 present in the cones and rods of the retina.

Other side effects consisting of headache, “flushing” (redness) and rhinitis (stuffy nose) are to be attributed to the phosphodiesterase inhibition of the vascular smooth muscle, with consequent vasodilation in the various districts involved. Dyspepsia (burning, epigastric weight) is due to the involvement of the musculature of the gastro-esophageal junction. Muscle pain and back pain, observed with Tadalafil, are attributable to the inhibition of phosphodiesterase-11, present in the vessel wall of skeletal muscles.

Conclusion: the best PDE5i in diabetes 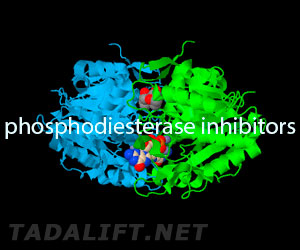 The therapy for ED should be picked individually, since, as seen from the above, all of the drugs in this class come loaded with their list of side effects that may or may not manifest themselves in every particular patient. Therefore, an individual approach is required: it often happens so that a patient displays greater tolerance and better response to one of the erectogenic medications, while others do not yield a desired effect and are fraught with side events.

Tadalafil is traditionally the substance of choice for younger men who are more sexually active due to higher testosterone levels driving their stamina. ED in younger males is often caused by diabetes, and therefore it is logical to assume the prevalence of tadalafil as the first-line ED therapy in patients with diabetes.