First spermatozoa created in test tubes with DNA free of genetic abnormalities. The first experiments that have been carried out on mice are very promising. Rodent embryonic stem cells developed into healthy mice. The study was carried out by the University of Nanjing which collaborated with the Institute of Zoology of the Chinese Academy of Sciences, and was published on the Cell Stem Cell.

When these data are also confirmed in humans, the doors will open for the resolution of male infertility problems, even if, however, they will certainly have to clash with the laws of the various countries; in fact, in some parts of the world, the use of stem cells of embryonic origin is not allowed. 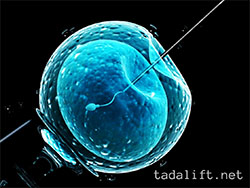 Although Chinese scientists have come to this very important conclusion, it should be noted that it is not the first time that researchers have attempted to find a solution to the problem of male infertility. In the past, in fact, several times the germ cells were created from stem cells, right in a test tube, but never before the DNA generated had been certified in this way, that is without mutations or reporting some internal damage, due to the forced transformation in the laboratory.

The head of research, Jiahao Sha, specified that their merit was to certify the spermatozoa, that is, to have managed to produce them healthy.

How is the creation of “certified” spermatozoa carried out? Embryonic stem cells are collected in a test tube which, grown together with a series of specific substances, are able to transform into germ cells, such as spermatozoa. After this operation, they are placed in an environment containing testosterone-rich testicular cells, to simulate their natural habitat. Each cell, in this environment created ad hoc, duplicates its DNA, dividing subsequently into 4 daughter cells, which will have their own genetic set halved. This process is called “meiosis”.

Meiosis plays a central role in gametogenesis: in fact, since in sexual reproduction a fusion occurs between the male and female gametes, it is necessary that gametes (with a number n of chromosomes ⇒ haploid) have half of the chromosomal content of a cell somatic (with 2n chromosomes ⇒ diploids), so that by merging they form a zygote with the complete genetic heritage (n + n = 2n), of which half of paternal origin and the other maternal.

Once created, these germ cells, which show all the peculiarities of sperm, are put in contact with the eggs of the mice. The result, after this experiment, was a “litter” of healthy and strong rodents.

The goal is to repeat the same experiment on humans, so that the spermatozoa that would be used for artificial fertilization are healthy and strong and above all effective.