The main threat of prostate cancer, which kills 30% of males fighting with it, is that it may go without symptoms until the late stages. However, early detection of the ailment gives hope for complete recovery. That’s why it is so important to keep control of the situation.

The probability of facing with the prostate disease grows with the age. Among the main troubles one may have are: 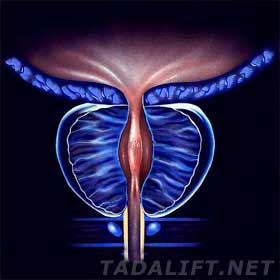 Because age is the major risk factor for various prostate issues including cancer, all men aged 40 and more should obligatorily be examined by a doctor and pass a special blood test. In case your medical specialist doesn’t find any suspicious signs, and the results of the prostate-specific antigen test are within the norm, your next prostate exam may be done in 10 years.

However, if the blood test result is between 1ng/mL and 2,5ng/mL, you may need to be examined every 2 years. Those, who get the result of 2.5 – 3ng/mL should immediately consult a urologist and undergo the gland screening every year. 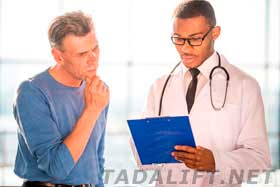 To another group of men who should be checked regularly belong those, who have close relatives (father, brother, uncle) suffering from prostate cancer.

Despite the fact that the probability of evolving this ailment grows as the men get older, younger men should also stay cautious and turn to the doctors in case something is wrong with their sexual health.