Aging is an irreversible process that cannot be stopped or prevented. Unfortunately, with the flow of time, we can witness significant changes in the health state, skin condition and other processes. However, even if the biological process cannot be stopped, there are numerous effective ways to warn its vivid symptoms. 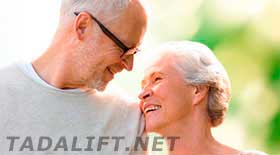 While aging starts, probably, at around 30 years old, the process lasts till the end of the days. Nevertheless, the moment when a person gets really old is quite difficult to track. According to the results of recent research, the definition of old age varies greatly depending on the person and his/her age. But, if you count the average age, it will be equal to 68. A considerable number of people under 30 years old are convinced that old males are aged 60 and frequently before they hit 60, while older people told other numbers.

The results of the survey claim that the age of old people depends on gender greatly. Males are getting old earlier than females. Stress, hard work, poor diet, lack of exercise and numerous other factors contribute to serious health impairments and boosted aging process. Besides, becoming old is associated with a range of individual peculiarities, which means there are different types of men, and the definition of old age will vary greatly. Testosterone deficiency, advanced cholesterol levels, increased blood pressure, diabetes, heart-related complications hit mainly people, who lead a sedentary lifestyle, have a poor diet and do not get timely medical care. 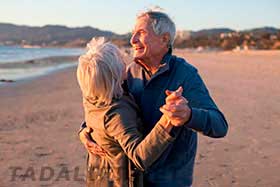 Aging may hit such people even at the age of 50. However, there is another group of males, who stay active and energetic, irrespective of any issues.

Generally, the ideas about the moment when a man becomes old differ also depending on the age of the respondent:

The interesting fact is that none of the surveyed people defined himself/herself as ‘old’. Maybe, the famous proverb that claims that aging is not about age but feelings is true.