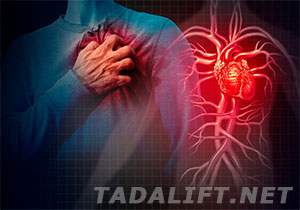 A recent study carried out by the scientists of the University of Manchester reveals the efficacy of tadalafil in the treatment of heart failure. Tadalafil is marketed under the trademark name of Cialis and is universally acclaimed for its unmatched longevity of action, the whooping 36 hours that have landed the drug with the moniker of “weekend pill”. Whereas there have been many concerns as to the advisability of tadalafil and the drugs from its class (sildenafil marketed as Viagra, Levitra with vardenafil as its active substance, and some newer ones) in patients with cardiac problems, the new study can be a pivotal point in finding a better and safer medication for heart failure management.

Heart failure is caused by the inability of the heart to perform the normal contractile function of a pump and to satisfy the correct blood supply to all organs. It is not always easily evident, in the early stage, in fact, the disease can be asymptomatic.

Heart failure is a set of symptoms and physical manifestations caused by the inability of the heart to perform the normal contractile function of a pump and to satisfy the correct blood supply to all organs. Heart failure can occur at any age and can have different causes. Heart failure generally develops following a cardiac muscle injury, for example as a result of a myocardial infarction, excessive cardiac stress due to untreated arterial hypertension or as a result of chronic valve dysfunction. The electrocardiogram of many patients suffering from heart failure shows an alteration called “left bundle branch block” (BBS). It has been shown that this alteration of heartbeat propagation causes changes in cardiac contractile mechanical activity, causing a dyssynchrony of contraction and therefore a worsening of the contractile capacity of the heart. Heart failure is not always clinically evident: in the early stage patients are almost completely asymptomatic, or they experience mild symptoms, such as breathlessness only due to very high efforts. 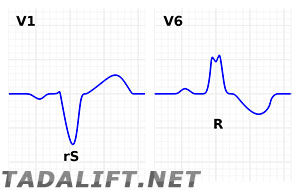 The study was carried out in sheep and yielded promising results, but Prof. Andrew Trafford, the head of the research team, is not so enthusiastic about the possible outcomes of such therapy in humans. His anticipations are that the results of a similar research in human subjects might be less rewarding, but still significant enough to say that the pharmacological science is about to take a huge leap in the treatment of this serious condition. One thing is conclusive thought, and it is that the use of tadalafil in patients with cardiac failure needs to be further investigated and the benefits of tadalafil in affected individuals confirmed.

It is worthwhile remembering that the inhibitors of phosphodiesterase type 5 were invented in the course of searching for another condition linked to the cardiovascular system, the diseases known as pulmonary arterial hypertension, or PAH. It looks like the science has come full cycle since the time when the first PDE5 inhibitor, Viagra, was introduced to the market 20 years ago, and now drug developers have grasped at a way to make tadalafil work for the heart to its full capacity.