A general notion on premature ejaculation 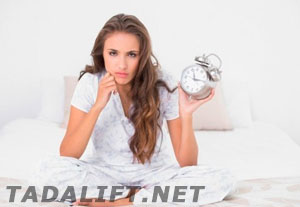 Perhaps a lot of men have asked themselves a question: “Do I have this problem?” To know exactly, you have to measure the duration of sexual intercourse after the penetration. If it is less than 90 seconds then you really do suffer from premature ejaculation.

The reasons for such a health condition may be various, starting with psychological issues and fears, ending with physical health problems.

To prove the efficiency of Tadalafil against premature ejaculation, let’s have a look at the results of the clinical trials and studies.

Tadalafil has been proven to increase the intravaginal ejaculatory latency time (the index, which is used most often for the evaluation of the results) both when used alone or in combination with another premature ejaculation drugs.

In one of the randomized, placebo-controlled studies the patients administered Tadalafil 20mg daily for 12 weeks. The preparation helped to increase the IELT from 49.26 +/-19.23 seconds to 186.53 +/-159.05 seconds. Within the frames of the same study, men with premature ejaculation were also given a combination of Tadalafil 20mg and Fluoxetine 90 mg. The results of such a combination were very good: men could prolong their sexual intercourses from the initial 49.57 +/-25.87 seconds to 336.13 +/-224.77.

In a comparative study held by the Iran scientists, the effects of Tadalafil alone were compared with a combination therapy using Tadalafil and Paroxetine for PE management. The peculiarity of this study was that all the men taking part in it had a lifelong premature ejaculation, yet none of them had problems with the erection.

All the participants were divided into two groups: the first took Paroxetine only, whereas the second one a combination of the two drugs. The results were evaluated after 3 and 6 months of therapy. The first checkup revealed an improvement in both groups, yet the results of Tadalafil 10mg + Paroxetine group were better: 4.5 +/-1.5 compared to 5 +/-2.4. In half a year the figures were still better: 4.8 +/-1 and 5.3 +/-2 minutes in two groups respectively. 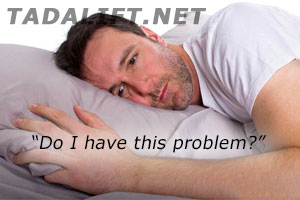 Another study was concentrated on checking the effect of Tadalafil 5mg tablets taken once daily for a month. However, except for the IELT indexes, the researchers also took into account the results of the plasma tests aimed at defining the levels of nitric oxide in the male organism before and after the treatment. According to the presented results of the study, both indexes were significantly improved if compared to the pretreatment levels.

What is the right dose?

Only your healthcare provider can set the right dosing regimen based on the severity of your problem, your overall health condition, and individual tolerance to the medication. The duration of the therapy may also vary from a month to half a year.

However, as it may be seen from the results of the trials, any dose starting from 5mg of Tadalafil daily and higher provides a significant improvement in the male ability to delay the ejaculation.