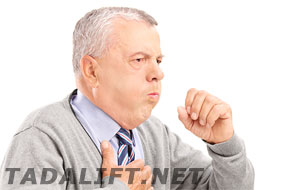 Tadalafil is mostly known for its erectile dysfunction treatment properties. However, since 2009 (the time when it was approved by the FDA) Tadalafil has also been applied in the pulmonary arterial hypertension treatment. The medication is recommended for the therapy of Group 1 patients (according to WHO criteria) experiencing symptoms of Functional Class II-III.

To the major symptoms of PAH belong:

Why is Tadalafil useful for PAH patients?

Some people may question the effectiveness of Tadalafil for PAH, yet their uncertainty may be busted by facts. In randomized clinical studies held on the territory of the USA, Canada, Europe, and Japan for two years (from August 2005 till August 2007) Tadalafil has proven to be efficient both for treatment and holding of the period of clinical worsening of the disease.

The study involved 405 patients with PAH. Their improvements were measured by the distance they could cover in 6-minute-walk. It was noticed that the higher dose of Tadalafil the patients received, the longer distance they could walk. Besides, the incidence of clinical worsening reduced by 68%. At the same time, the quality of life significantly improved.

So, what is the secret? How does Tadalafil work for PAH? Tadalafil is a phosphodiasterase-5 (PDE-5) inhibitor. The latter breaks down a special substance, secreted by the human body and lungs in particular, that helps to dilate the blood vessels. By diminishing the PDE-5 levels, the blood vessels in the lungs widen thus lowering the pulmonary blood pressure. As a result, a patient feels better as the function of his or her lungs and heart improves.

What is the effective dose of the drug? 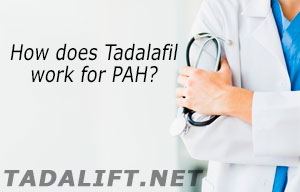 Based on the results of clinical studies, the scientists have determined the most effective but, at the same time, safe dose of Tadalafil for pulmonary arterial hypertension therapy. It is 40mg of the drug once daily (2 pills).

However, to make sure the drug is well-tolerated, your doctor may ask you to start with a 20mg dose once a day. Later in the treatment, the dosing regimen may be changed towards an increase. Lower doses of the drug don’t show the desired effect in PAH treatment.

Tadalafil may be taken regardless of foods, yet you shouldn’t drink grapefruit juice or alcohol when on the preparation. Grapefruits prevent the normal withdrawal of Tadalafil from the human organism. Hence, you may overdose on the drug without any purpose to do so.

Speaking about alcohol, it may exacerbate the effect of Tadalafil do that you may be more predisposed to experiencing the side effect. Besides, alcohol is harmful to the heart and lungs, which you, actually, treat with Tadalafil.