Since 1995, there have been 15 internationally conducted clinical trials on patients with Becker muscular dystrophy (BMD), not very few, but a small number compared to the over 50 trials currently underway for Duchenne (DMD). 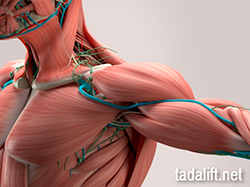 The first trial on Becker’s dystrophy in 1995 was designed to evaluate the therapeutic efficacy of glucocorticoid prednisolone in both BMD and DMD patients and, in the following years, other drugs for which trials were also conducted also making part of testing.

Tadalafil and sildenafil made a part of the research thanks to their ability to inhibit the enzyme called phosphodiesterase type 5, releasing cyclic guanosine monophosphate and nitric oxide for improved blood circulation. Tadalafil and sildenafil (which act on blood circulation) and epicatechin (which acts on mitochondria to stimulate muscle regeneration). Myostatin inhibitors and follistatin (which work by increasing muscle mass) were tested alongside with tadalafil.

Based on the initially good results, it was decided to evaluate the potential and efficacy of tadalafil in Becker muscular dystrophy as well.

The start of this trial is also based on an important assumption: Becker patients produce a certain, variable amount of dystrophin and therefore acting on the pathology modulating the mechanisms downstream of dystrophin, conditions in which tadalafil and other PDE5 inhibitors can have an important therapeutic effect. The research was followed by Phase II, randomized, double-blind, placebo-controlled trial for oral administration of tadalafil for 12 months.

Unfortunately, clinical trials for Becker’s dystrophy have had a very high failure rate. The basis of these failures is the difficulty of being able to demonstrate the efficacy of the treatment due to too high a variability of the results, a phenomenon which in turn depends on the great clinical heterogeneity of the patients recruited in the trials.

The research group then focused on the new study with the drug givinostat, launched in January 2018. Givinostat is an inhibitor of histone deacetylases (HDAC), and its experimentation on humans comes from the solid results obtained from years of basic research. The clinical development pathway of this experimental molecule began in 2013 for Duchenne and, to date, a Phase III clinical trial is ongoing on over 200 DMD patients in 40 clinical centers worldwide.

In patients suffering from Duchenne the absence of dystrophin indirectly causes a deregulation of HDAC activity, proteins that act at an epigenetic level (ie on those complex molecular mechanisms that regulate the switching on and off of genes), which results in starting a cascade of cellular events whose final result is a progressive destruction of the muscle fibers associated with the replacement of muscle tissue with fibro-adipose tissue.

The use of givinostat, which inhibits the action of HDAC, allows the restoration of the correct cascade of events that allow muscle tissue to respond to damage with an anti-inflammatory and regenerative mechanism. The data obtained from the Phase II clinical trial, conducted on 19 Duchenne children, showed that givinostat is safe, well tolerated and shows a significant benefit on muscle tissue: it is able to reduce inflammation and fibrosis with an increase in the component muscle.