Cialis has a capacity to rejuvenate not only men, but also women. And not only Cialis (tadalafil) but, in theory, all 5-phosphodiesterase inhibitors (Viagra, Levitra or Stendra: sildenafil, vardenafil and avanafil). The study that opens this perspective, however, was carried out with the yellow pill (tadalafil) at the andrology of the Santa Chiara University of Pisa. The 5-phosphodiesterase inhibitors, in addition to having represented a revolution in the treatment of erectile dysfunction, seem to be able to rejuvenate the brain, heart and arteries and to protect the body from age damage. And, from purely male drugs, they could, if the study was confirmed, become good anti-aging remedies for both sexes.

To discover about patients treated with tadalafil (20 milligrams twice a week and always at 11.00 pm) these interesting signs of rejuvenation were Antonina Bertozzi, andrologist from Pisa, head of the Santa Chiara Diagnostic and Therapeutic Innovative Andrology Section. The research (financed only by the hospital) had several stages.

Before it was ruled out that it was not just the positive effect of sex itself, then it was seen that the “rejuvenation” of endothelial cells (those of the heart and blood vessels) goes beyond the drug (test after days without care). Finally, on the 40 patients (all non-smokers and fairly sedentary) subject of the study (with protocol approved by the scientific committee of the hospital), the levels of nitric oxide (nitrogen oxide) and of free circulating free radicals were measured. 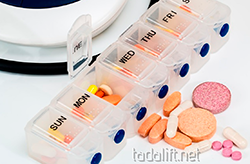 Well the free radicals, ten days after the treatment was suspended, were “collapsed”, even by 50 percent. The tests were even repeated because the decline seemed too marked. But the levels have been confirmed. And now the study has been extended to assess the minimal “rejuvenating” dose and to confirm the effects also on women. The removal of free radicals has attracted the attention of researchers.

Antonella Bertozzi explains that their presence creates alterations to all living cells and structures, profoundly altering their structure, especially since the radical reaction, once triggered, is in a chain with subsequent formation of several radicals.

So finding ways to block them opens up new perspectives. Also for these drugs that, with all the due caution because it is necessary to deepen the research, can make a “leap” from organ therapy to organism therapy, anti-aging and not only in men.

And to deepen the research, an interdisciplinary study group was formed at the Santa Chiara in Pisa, which includes the Section of Bertozzi, the Unit of Medical Biochemistry, the Laboratory of specialized chemical-clinical analysis and the Psychology Unit clinic. This group carries out research on aging both in the andrological and couple fields: therefore aging in all its repercussions on the organism with a view to seeking new an ti-aging therapeutic pathways. But here is what they saw in Pisa: the inhibitors of the 5-phosphodiesterase enzyme (avoiding the blocking of nitric oxide: here is the key) are very powerful antioxidants, that is, they oppose the “aging” action of free radicals. So powerful as to help the inner membrane that covers all the arteries, that is the endothelium, to recover its correct functionality (of all the arteries, not only those of the corpus cavernosum of the penis), and even to reverse the decline of the cells cerebral (improved memory and speed of neuron functions), protecting their membranes. Non-transient but lasting effects. Naturally, to have similar effects these drugs should not be taken as done so far, that is “as needed”, but at low doses and for prolonged periods: on average it is a couple of pills a week. But be careful: some non-invasive tests are needed in order to establish the right dose. If this were excessive, the opposite effect would be obtained: in fact, an excess of nitric oxide generates more free radicals.