Based on the latest researches, erectile dysfunction is diagnosed in about 20% of men in their thirtieth. Hence, the age is not the only factor that influences men’s ability to get and sustain an erection. So what makes young men deal with ED? What are the possible reasons for failure in bed?

Common reasons for ED in men younger than 40

Erection and male sex drive depend on both physical and emotional health of an individual. Even serious stress may deprive a man of the possibility to have sex. 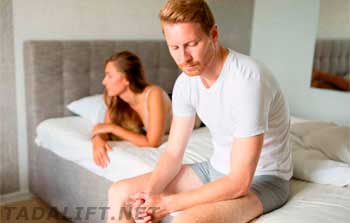 The following list illustrates the most widespread reasons for erectile dysfunction in 30-years-old men:

These are only some of the possible ED causes in men at the age of 30. A consultation with a medical specialist can help you define your reason for experiencing the erection problems and find the best option for managing the disease.