Medications from the PDE5 inhibitor group are used to treat the erectile dysfunction in the modern practice. The first representative of this group has been Sildenafil. 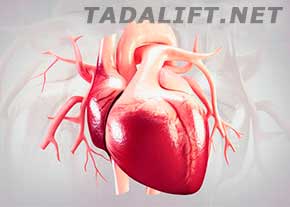 However, PDE5 inhibitors have not lost their pharmacological properties, and it was detected during the numerous studies that a regular use of the drugs for the treatment of the erectile dysfunction helped to keep a health of the cardiovascular system.

An independent study group from Sweden has conducted tests of PDE5 inhibitors among men with myocardial infarction. More than 60 thousand people at the age of about 64 took part in the studies.

It was detected after the studies and corrections of other medications use that general death rate was by 33% less, and the frequency of the heart failure attacks was by 40% less in comparison with men who did not take PDE5 inhibitors. At the same time, a therapeutic effect and a final result depends on a dose, and the functions of the cardiovascular system may be affected by the dosing regimen.

Moreover, men who take PDE5 inhibitors and have an active sexual life have more developed tolerance, better capacity of the blood vessels, more even values of the blood pressure, and also seldom tachycardia.