Remaining unrecognized in an overwhelming number or cases, Peyronie’s disease can harm the sufferer and deteriorate their sexuality. At the same time, the origin of this disease is poorly known, rendering its prevention difficult.

What starts with the onset of pain and develops into deformity is, in its essence, fibrotic tissue alterations of the corpus cavernosum. The initial cause may be a microtrauma of the organ received during sexual intercourse or other activities. In the first stage, pain often predominates. With rare exceptions, the pain disappears in 6 to 8 months as the fibrotic tissue sets in and the inflammation goes away. The resulting fibrosis causes certain penile areas to lose their elasticity, hence the deformations of the member.

Management of this issue depends on the phase in which the disease is diagnosed, i.e. before or after the deformity fixes in place. In the first year, when the disease progresses, no oral pharmaceutical seems able to stop the thickening of the connecting tissue. A slight improvement or stabilization were observed with drugs such as Pentoxifylline (vasodilator prescribed for lower extremity arthritis). Other substances like vitamin E have not proven effective. 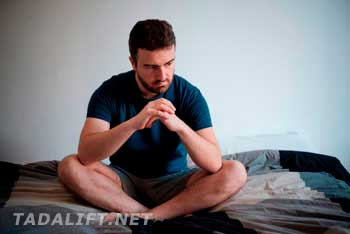 Additive Approach in the Treatment

Among local applications proposed there were injections of corticosteroids or verapamil (calcium antagonist used in cardiology) directly into the fibrous tissue. The drugs can alleviate the pain or fight the fibrotic changes to some extent, but they are currently lacking a marketing authorization for Peyronie’s disease.

Penile traction therapy is also possible. The device requires being worn for 3 hours for a period of at least 6 months, improving the symptoms in 60% cases. Even though providing certain discomfort for the patient, this method brings no side effects at all.

Finally, iontophoresis is recommended sometimes; it consists in passing a low-amperage electric current through the fibrous zone to stimulate the diffusion of medical substances. Similarly to ultrasound applications, the efficiency of iontophoresis seems insufficient, although it can help stabilize the situation. Given the modest effectiveness of the above approaches, urologists promote adopting an additive strategy – that is, combining several treatments simultaneously, whichever are the best for a certain patient.

When the disease has finished its course (18 months to a maximum of 2 years) and the deformity is fixed, the use of surgery may be necessary.