The WHO statistic claims that 1.1 billion people have no access to quality drinking water. However, even people having no problem with water supply may lack the needed amounts of moisture and feel the symptoms of dehydration. It commonly happens because they forget to drink or are just not used to drinking enough water daily.

Despite it may seem not serious, even insignificant dehydration may affect your body’s condition. Let’s have a look at the most common things caused by insufficient drinking of water.

The condition of our skin, hair, and nails directly depends on the amount of water we drink. Smoothness and elasticity of the skin are closely interconnected with the level of the skin cells hydration. Lack of moisture makes the skin crack, peel and look older on the whole. Speaking about hair, it reacts to insufficient water intake by the loss of shininess, split hair, and dandruff. Nails react by becoming thin and brittle. 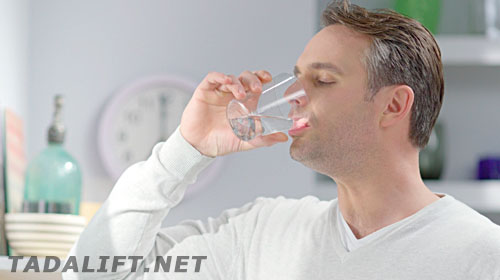 Mucous membranes play an important role in our body’s protection from viruses, bacteria, and allergens. They are the first to meet with the infection as they form a natural barrier between the human organism and the surrounding environment. Dryness of the mucous membranes, which happens because of lack of moisture in the body, lets the infections and allergens get inside without any problems. Hence, we get sick more often.

Human blood contains 83% of water. Insufficient amount of water drunk during the day makes the blood lose water and, consequently, get thicker. Because of this, the load on the heart, as well as your blood pressure, grow. In addition, the risk of blood clots formation becomes very high too. A combination of these factors may provoke a heart attack or stroke.

Water is important for each and every body-process including digestion and defecation. Lack of liquid in your digestive tract makes the stool harder. Hence, a bowel movement may become an issue. Besides, the absorption of nutrients may be disturbed thus leading to nutrient deficiency.