It is certainly not a secret that men are usually worried about the size or shape of their penis. It should also be stressed that this organ has always occupied a prominent position in both male and female minds.

Despite how much males may think about their penis, the measure is what matters least for sexual performance. Another thing that women often ignore is that men also experience inhibition when it comes to showing their body and their genitals. They worry about what their partner (sexual or life) might think, fearing also to disappoint them because of the size of the penis, physical appearance or sexual behavior.

Although most men would like to have a bigger penis, 85% of women are satisfied with their partner’s measures. The mistake lies in the culture, which has assumed a link between the size of the sexual organ and the pleasure derived by the partner from sex (this is not only wrong, but also unnecessary).

Women, in fact, claim to feel more attracted to other physical aspects, from the eyes to the muscles, passing through the smile or the shape of the jaw. It means that, following the female opinion, the measures are not the most important thing. Furthermore, most men should not feel insecure about the size of their penis, since the length is on average much greater than that required inside the woman’s vagina. 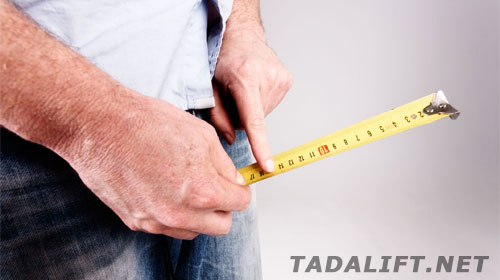 This is achieved thanks to the action of testosterone, which increases sexual interest and activates the relevant muscles to increase performance. Thus, when a man feels sexually predisposed, he gets his visual cortex to send a message to the hypothalamus to start the hormonal erection engines.

This arrangement allows the male to concentrate on the “promised land”: his brain will see the green light of the traffic light and will press on the accelerator. It is a time when the other brain areas go into shadow, to avoid distractions and proceed with penetration with a gentle push, while the air is quickly inhaled to lighten the sexual tension.

Once this is achieved, the brain will be able to send blood to the genitals and help align its neurochemical stars. This will ensure that the man’s excitement reaches that point of no return where he can only go to the maximum, reaching the climax.

In moments of maximum excitement, the male brain floods with norepinephrine, dopamine and oxytocin. This activates the brain area of intense pleasure (the tegmental ventral area) and that of pain inhibition (the periaqueductal gray substance).

As can be seen, none of these mechanisms involve the size of the penis, which allows concluding that the size plays no role in the satisfaction of either of the partners.