Dealing with the infection of the prostate (commonly known as prostatitis) may be not easy. Based on the form of the malady, you acquire, you may need different tactics of therapy. Furthermore, the urgency of your treatment and its duration will also depend on the type of the infection you’ve got. In general, there are three forms of prostatitis: 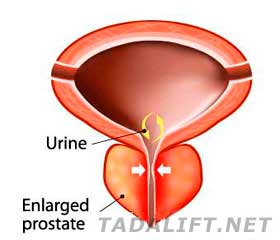 Let’s stop on each type of the ailment to know precisely what symptoms they commonly induce.

Acute form of the malady develops very fast and needs immediate medical attention as it may grow into a life-threatening condition. To its main manifestations belong:

Speaking about the chronic form of the illness, it should be mentioned that it develops gradually. Its symptoms are mainly light to moderate. Because of this, the manifestations may be overlooked as they come and go. On the whole, the period of curing of this kind of prostate infection lasts for about three months.

The list of its common signs is as follows:

One of the most insidious forms of prostatitis is chronic prostatitis/chronic pelvic pain syndrome (CP/CPPS). The bulk of its manifestations match those of the chronic bacterial prostatitis, but, in fact, the reasons and triggers of its appearance stay unclear as for now. The following list enumerates CP/CPPS major signs: 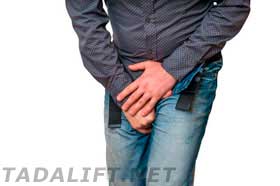 A distinct feature of the disease is that it lasts for at least three months.