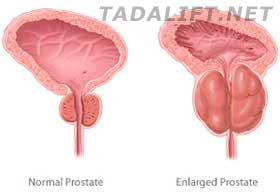 Prostatitis is a hidden or obvious inflammatory process affecting the glandular tissue of the prostatic gland. Problems with urination appears, libido drops, and erectile function is affected during the prostatitis. But these symptoms often occur in men in 1-2 years after the development of the inflammation.

The early symptoms are as follows:

A man may have high body temperature during the acute condition of the inflammatory process.

Men under 45-50 are often diagnosed a bacterial prostatitis caused by the pathogenic microflora. It is often chlamydia, trichomoniasis, gardnerellosis, or gonorrhea. Infection goes to the prostatic gland from the urinary tract. The antibacterial therapy is able to reduce an infectious process and reduce an inflammation.

But if the inflammation was not treated for a long period, prostatitis becomes chronic, and in this case, it is aggravated by any initiating agent: hypothermia, low immunity, and others. 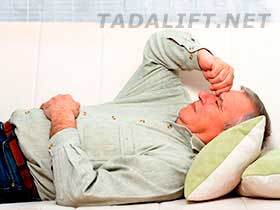 The bad thing is that about 40% patients may have one or another type of infertility in case of the neglected treatment, because the prostatic gland is not able to produce enough number of the quality secretion to keep sperm motility. As you know, a significant part of the seminal fluid consists of the secretion of the prostatic gland, and it provides an activity of spermatozoa.

Urinary tract obstruction is the most dangerous symptom of the prostatitis, and it is met seldom but may threaten a man’s life. As a rule, a surgery is prescribed in these severe cases.

Prostatitis may seem harmless that just complicates a life. But in fact, it is a dangerous chronic disease which can be and should be treated during the first symptoms, especially in men of senior age.