The pharmaceutical company DRGT has been working on a significantly improved tadalafil formulation that would allow to multifold improve the characteristics of the erectile dysfunction substance many considered to be superior to every other oral drug used to treat impotence. The outstanding features of the new dose-escalated medication (generically addressed as DRGT-99 for the time being and until the patenting request comes through, allowing the company to come up with a fancy brand name for its revolutionary product) focus on the immediate response. This latter is achieved thanks to the orodispersible form of the pill; previously, the only drug with a similar form was Levitra (vardenafil) by Bayer. However, Bayer has never claimed for Levitra to come even close to the half-life duration of tadalafil.

Already in the course of the first clinical trials, DRGT-99 formulation proved to cut down the response window of Cialis 20mg by 75%. The immediate release formula allows men suffering from erectile disability to retrieve their capacity of developing erectile hardness within 15 minutes after the ingestion – an unprecedented result for the entire family of phosphodiesterase type 5 inhibitors (PDE5 inhibitors). 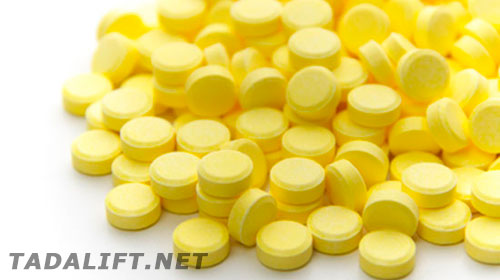 The breakthrough success displayed by the new preparation in the trials is made more meaningful by the fact that only a fraction of Cialis 10mg and Cialis 20mg users could experience the health benefits of tadalafil within 30 minutes after administration. The traditional recommendation for tadalafil is to allow at least 30 minutes to elapse after the moment of intake for the pill to release its effects. However, this time estimate is minimal and in the majority of cases requires a perfect storm of conditions: a fasting state, the absence of alcohol consumed alongside with the pill, optimal physical condition, great response towards the drug, and many other factors. With DRGT-99, according to the developer company, none of the above is a prerequisite.

The promising results of clinical studies show that the objectives set by the pharmaceutical developer were all reached: the best drug yet in the entire class of oral medications used as erectogenic agents is already there. The benefits of tadalafil in the dose of just 15mg are considerably reduced side effects, immediate release and speedy onset against the longevity classical for this drug, and compatibility with meals and alcohol.