Almost 85% of Americans drink alcohol. About 27% admitted the cases of binge drinking and 7% report on heavy drinking. Having such a statistic on alcohol intake, it’s not surprising that obesity and cardiovascular disease are in the top 10 health problems.

Alcohol is known to have a harmful impact on the overall health condition. But what if you give up drinking for a month? According to the experiment held in GB, abandoning alcohol-containing beverages for 31 days can do miracles to your wellbeing.

The number of people dealing with elevated or high blood pressure grows rapidly. Furthermore, the disease gets younger and younger. Alcohol may be one of the factors to blame.

However, getting rid of this bad habit for a month can help lower the blood pressure numbers to a safe level. As a result, you can reduce your risks concerning heart attack and stroke. 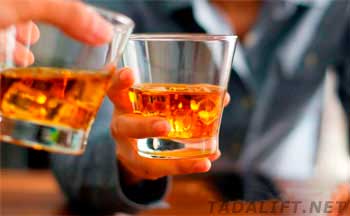 Alcohol is very rich in calories. The stronger the alcohol is, the more calories it contains. For example, 100g of whiskey has 250 calories, and though wine and beer contain less, 83 and 43 calories respectively, people usually drink them in bigger amounts.

Now imagine that you go out for a drink three or four times a week, usually in the evening. The bulk of calories you get then turns into fat, which stores on your belly and not only there. Refusing from alcohol for only a month, you can decrease the number of calories consumed. Hence, you can lose weight. It will also be useful for the heart and cholesterol levels.

Based on the results of the mentioned experiment, 56% of the participants lost between 4 to 7 pounds without changing their usual way of life.

This organ suffers most of all when you drink alcohol. Under its influence, the liver cannot metabolize fats the way it should. That’s why they start accumulating within the cells of the organ. Gradually, it may lead to serious health problems.

One month abandoning of alcohol helps to lower the quantities of the liver fat for 10-20%. By the way, the results of heavy drinkers are much better, meaning that the condition of the organ can be improved even after a long period of alcohol abuse.

People who gave up alcohol even for a short period of time say that they feel considerable improvements:

As you may see, even a small step can do huge things. Perhaps we don’t need alcohol to be happy?