Varicocele is a varicose dilation of the veins in the scrotum. The testicles receive blood from the testicular artery which is located inside the abdomen; the blood is then transported away through a series of small veins located in the scrotum (pampiniform plexus). From here the blood flows back into the internal spermatic vein (testicular vein), which in turn transports the blood back to the heart through the vena cava to the heart.

Varicocele is quite common. It appears in about 15% of boys between 15 and 25, and starts mainly during puberty. In most cases there are no obvious symptoms. A boy may not even notice he has varicocele. Until military service was mandatory, many children discovered the pathology during a medical examination. However, now that this obligation has been eliminated, adolescent control is advisable even in the absence of symptoms.

The most common signs include a dull pain in the testicle, a feeling of heaviness in the scrotum or the perception of dilated veins in the scrotum and are accentuated with the heat, after physical exercise or sexual intercourse, after standing or sitting too much prolonged. Therefore, more than for the clinical relevance of the symptoms, varicocele is of great importance for the possible consequences on fertility. 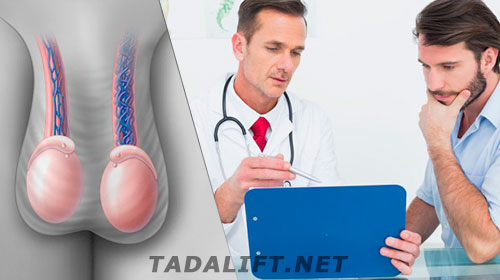 Currently, varicocele is considered to be the first cause of male infertility. In fact, subjects with varicocele go almost invariably to a worsening of seminal parameters with a reduction in the number and, above all, of sperm motility. A prompt surgical correction in most cases is able to stop the progression of the damage, allowing a recovery of the reproductive function.

The first diagnosis should be from the family doctor or pediatrician who follows the child during development. Subsequently, it is advisable to consult a specialist such as the andrologist for subsequent management, both in terms of local pathology and for the prevention of infertility. The clinical suspicion of varicocele is carefully examined and subsequently confirmed with a scrotal EcoColor Doppler that shows pathological reflux through the spermatic vein. It is good practice to perform a spermiogram to verify the damage caused by varicocele to spermatogenesis and to be able to evaluate the results obtained after surgical correction.

There are currently two treatment options for patients suffering from symptomatic varicocele. The first option is the spermatic vein ligation surgery, performed by an urologist. The second option is percutaneous catheter scleroembolization which is performed by an interventional radiologist. Currently, however, this technique has proved less reliable than the previous one, with a high risk of recurrence.

When cases of infertility occur, in the vast majority of cases the problem is always attributed to the woman. Things are not always like this though. In some cases, the difficulty is due to the man himself.

For example, there are many cases in which the problems related to varicocele are closely related to impotence disorders. So does varicocele cause the so-called impotentia generandi, which unfortunately does not allow humans to have children? Let’s see why.

In fact, erectile dysfunction caused by varicocele can be prevented by treating the disease quickly. This is why it is particularly important to be able to diagnose varicocele in a short time. To do this, however, it is necessary to know the contours of this disorder, starting from its origin.